If you’re thinking about purchasing a new smartphone, chances are very decent that its OS will either be Android or iOS (mobile operating systems). A never-ending battle seems to prevail when it comes to choosing from these two. Both primarily used as operating systems for smartphones and tablets, a question that has always boggled millions and millions of people and smartphone users “Which one of these two is a better OS?”  Let’s find out.

Before we jump to a definite conclusion (which is very unlikely), let us make ourselves a little familiar with certain hard facts about the two. 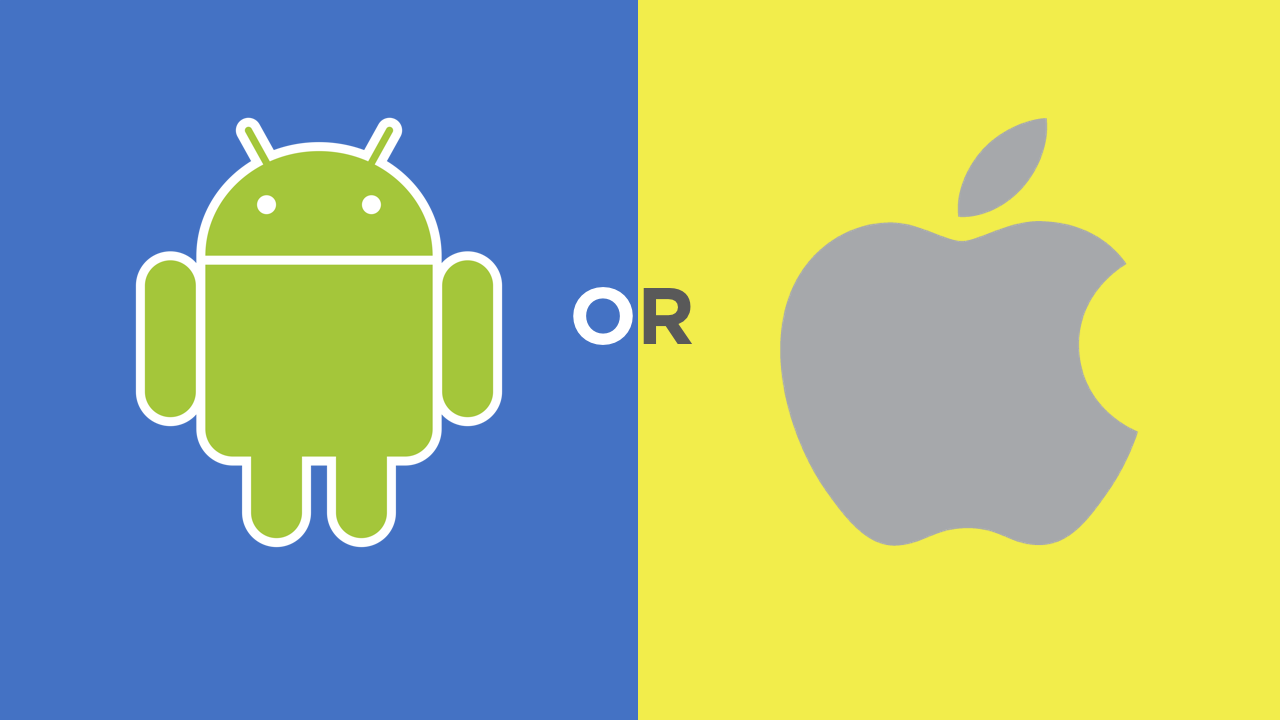 Both the OS use touch interfaces. Android OS is appreciated as more PC-like than iOS as the elementary features are more customization relatively. However, iOS with its unvarying design elements is perceived as more consumer friendly. Moreover, the code base of Android is available(being an open source system). On the other hand, the code base of iOS is owned by a private company hence not accessible to the public. This gives Android an upper hand in terms of customization features as developers can easily modify and interact with the OS.

Android phones are considered relatively more affordable as compared to iPhones as they offer a huge variety of low range phones for the masses whereas, Apple has always been at the upper end in terms of market rating. Although Google’s Pixel phones and Galaxy Note series tie up with iPhone pricing, there is no match of the mid-range phones such as One plus 6T, Asus, Zen phones, upcoming Vivo and Oppo phones which have exactly the same features as the high-end iPhones.

The Play Store provides a greater proportion of free apps than the App Store. However, the best mobile apps still dominate on iOS. They are first found on iOS and then land on Android. It is also known that some of the best apps don’t even reach Android. Nevertheless, this cannot be chosen as the rightful metric for comparison and judgment as numbers don’t matter when it comes to apps. What matters is how many apps are useful and easily available to the users. Because let’s be honest most of us use only a limited number of apps.

One of the biggest horrors or worries of a smartphone consumer is the battery life. Since there is no common hardware to measure the battery capacity of the two smartphones, it is hard to say which provides a better battery life. However, Android phones with larger batteries provide a decent and satisfying battery life.

Since iOS provides consistent and regular software updates, more than 90 percent of iPhones run on the latest version of the OS(112.1.1), while only less than 1% of the Android phones run on the latest version of Android (Android 9.0 ). One other difference that you may find in software updates is that while in Android updates are done patches over a long period of time, iOS still prefers to update the whole OS at once,

Statistically, Android is now the world’s most universally accepted smartphone platform. The fact that it is used not only by several phone providers but also by entertainment and home appliances such as TV, Home Centers, Washing Machine makers, makes it all the more popular with the people. iOS is only used on Apple devices.

There is no doubt that it quite hard to beat the security and encryption/decryption of iOS. We all are familiar with the sensational news story of Apple going to war with even FBI to protect the privacy of its user. Everything is encrypted in Apple so much so that even it doesn’t read or access our personal data. In Android, security is not that prioritized. Data is encrypted, but there is not much privacy.

While Siri in iPhones is much of a straightforward and formal, Google Assistant in Android phones has a much more improvised layer and can be termed as friendly. Siri is good at booking calendars, meetings, setting reminders, making calls. While Google voice assistants cover all these aspects it has a highly innovative feature of providing suggestions and giving relative options. Google assistant is much more versatile. Some of the Android phones have their own voice assistants such as Bixby in Samsung which provides the user with a much more personalized experience.

The good news is that individually both iOS and Android are exceptionally brilliant. One can say that they have more in common than what separates them, but of course, there are some important dissimilarities which we have already discussed. All in all, I would suggest, one should choose smartphones/tablets/devices sensibly, as switching from iOS to Android or vice versa will require one to get accustomed to the interface all over again. Also, it would require one to purchase some of the apps again from the new app store.

Moreover, I feel one should choose a phone with an OS that makes them feel comfortable and satisfied, not one that is used by many. The choice on Android or iOS should be made on the basis of one’s needs and desires. While Apple will provide you with a more luxurious experience at a higher market price, Android will prove itself to be more useful for everyday needs and uses at a much lower rate.