By this time, you must have known all the necessary GK about this cool programming language. Now we are gonna start with some seriously cool stuff. Yes! You got it right. It’s time to do some python programming in IDE for Python.

But before that, we need to set up some environment variables, paths and install an IDE to do python programming.

So, what is exactly an IDE?

An IDE stands for Integrated Development Environment. As the name suggests, it is a piece of software that recreates the environment of a particular language in your system and within it comes to its own compiler or interpreter. In short, to write your code, to process it into machine-level instructions and to get the necessary output, everything is fitted under one hood.

Like any other language python too has got a large number of IDEs. Some of them fall under the general editors having a widget that will extend the functionality of the editor while the others are pure python IDEs. The pure python IDEs are:

Getting started with PyCharm IDE:

Now, you might be having this question: Why PyCharm? Why not Thonny?

There are two specific reasons why I too started with PyCharm as a beginner:

It’s not mandatory to follow this idea blindly. If you are curious, I would encourage you to do your research regarding other IDEs and try out your own way!

NOTE: If you have a completely new system, then I suggest you start with installing JDK and JRE from ORACLE and then proceed for the installation of PyCharm. In certain PCs, it works perfectly fine, but as I said due to version difference or OS genuineness some issues might creep in automatic installation of PyCharm and you need to have the JDK and JRE pre-installed.

The choice I made when I installed the software:

1. I have a 64 bit OS, so I did not select the last choice. Please tick it if you have a 32-bit OS. Choose your launcher Accordingly. 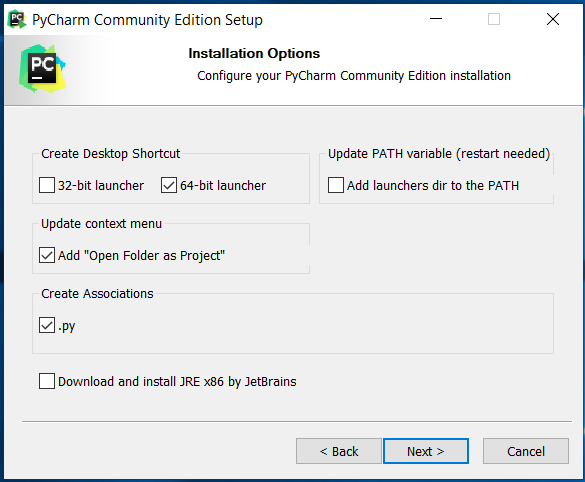 2. Choose the theme as per your comfort. 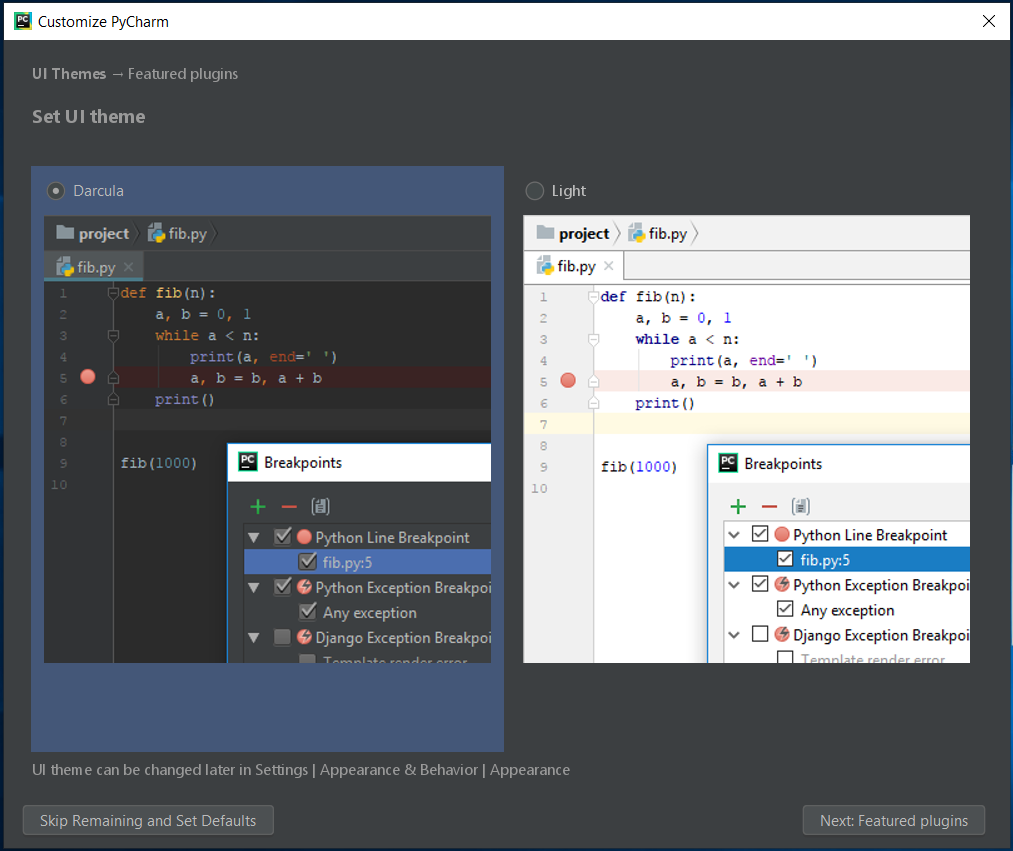 3. Skip the additional plugin downloads as of now. We will work on it once we get our hands dirty with programming. 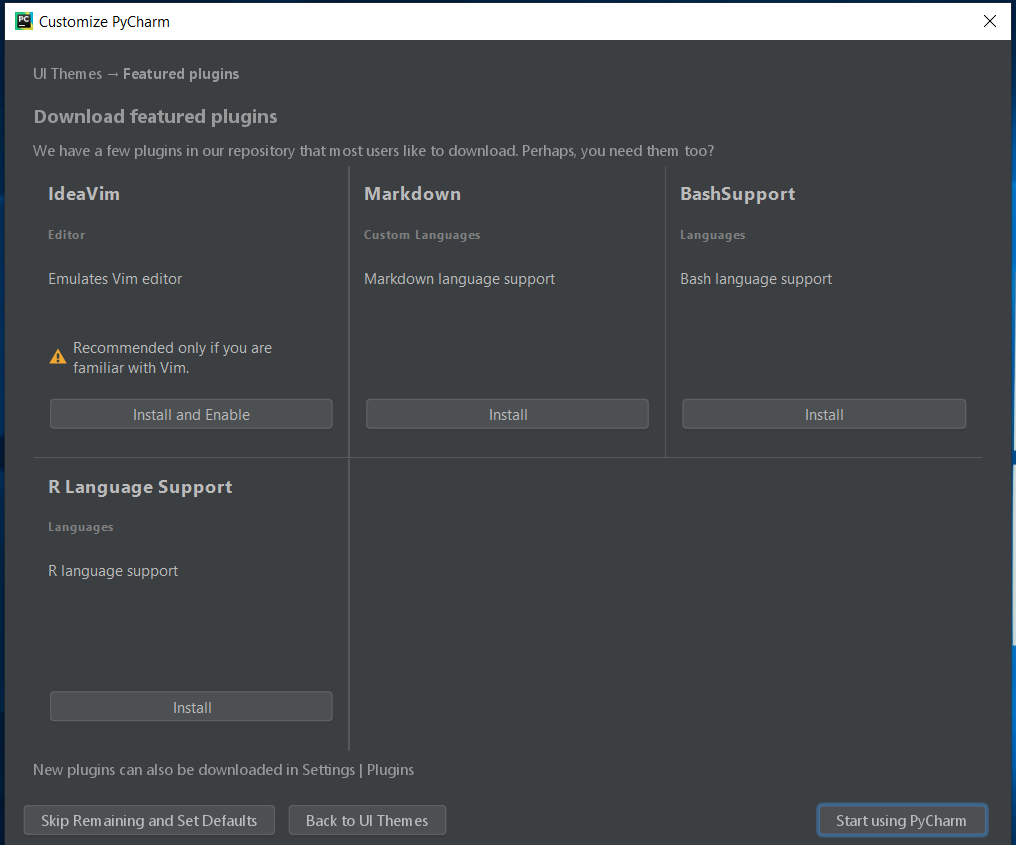 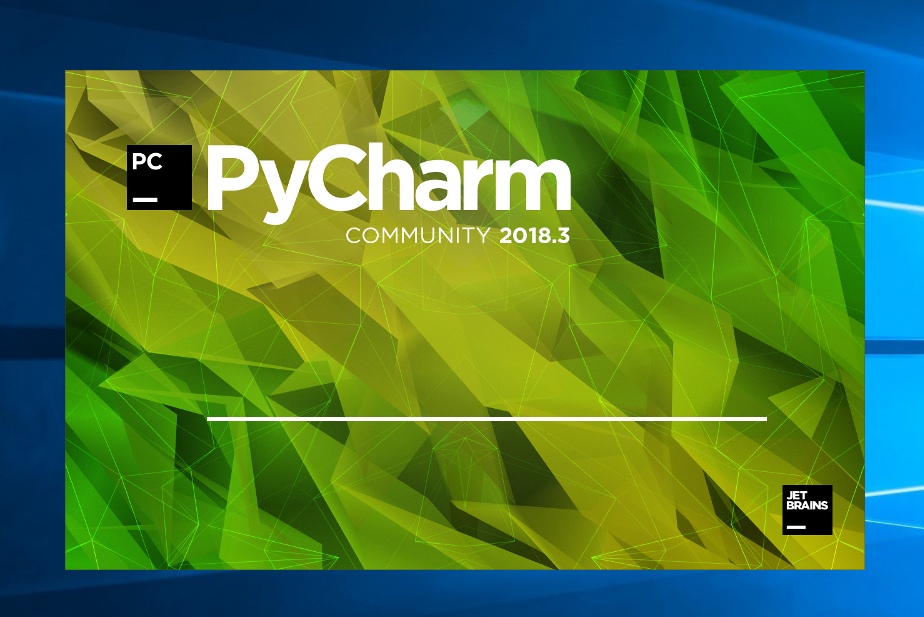 Voila! You have your environment ready to program now. Follow the next steps to get started with your python programming.

I am currently a Computer Science Undergrad from Silicon Institute of Technology, Bhubaneswar. I love to learn new programming languages because I believe adapting to new changes is the key to accept new things around you in the fastest way. Besides coding; I love to play football, read novels, delve into PC gaming sometimes, solve Rubik’s cube and write my own short stories.